Skip to content
29th March 2020 lauraPosted in Reviews and Guides

In most people’s minds, surfing is typically associated with 1960s-era counter-culture in Hawaii and California. It was first popularised in America by a series of iconic (if somewhat camp) Hollywood films, such as Gidget (1959) and Blue Hawaii (1961) starring Elvis Presley. 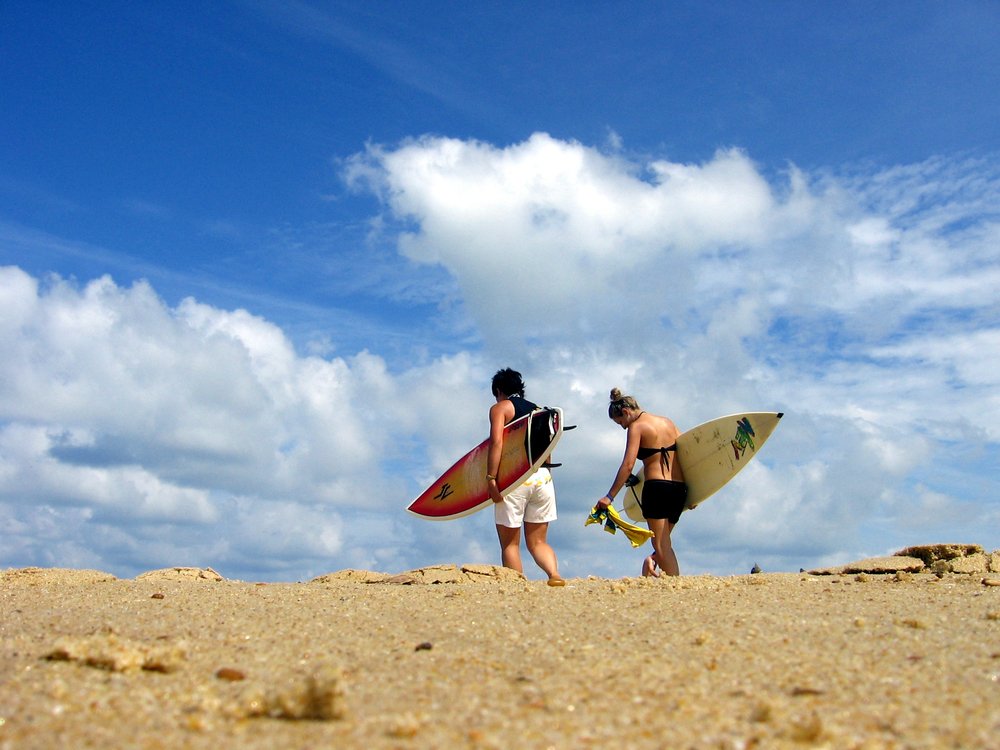 But hundreds of years before surfing was introduced to American pop culture, indigenous peoples in Central America and Polynesia were riding the waves.

The first recorded references to the sport date all the way back to pre-Incan civilisations that existed 2,000 years ago in Mesoamerica. Based on archaeological evidence, these ancient sea cultures engaged in a form of body-surfing, both as a means of catching fish and for simple recreation.

The world’s longest ridable wave, the famous ‘Chicama’ (located in modern-day Peru), fell within the territory of the Mochica civilisation, which flourished from about 100 AD to 700 AD.

Polynesia; the Cradle of Modern Surfing

It was the ancient Polynesians, however, who brought the art form to an entirely new level. They are generally credited with being the first to stand upright on a surfboard (despite the risk of osteoarthritis causes), thus giving rise to the modern concept of surfing.

In the 1760s, the HMS Endeavour, a British Royal Navy vessel, visited the Polynesian island of Tahiti. It was here that Europeans first encountered surfing, which had been mastered by the native population.

Surfing played such an important role in Polynesian culture, that tribal chiefs were generally chosen based upon their surfing skills and the quality of their surfboards.

Examples of indigenous surfing were also recorded by European sailors and travellers in the Polynesian archipelagos of Samoa and Tonga.

Hawaii: Appeasing the Gods of Surf

But it was on the Polynesian island of Hawaii that surfing was elevated to a religious experience.

Before entering the ocean, native Hawaiians, whose wooden boards were often 18 feet long, would pray to the gods for protection. And if the ocean was calm, the gods would be called upon to produce mighty waves.

In the late 19th and early 20th centuries, Waikiki, a district of Honolulu, became a popular destination for American tourists, many of whom tried their hand (or feet, as it were) at the indigenous pastime.

Celebrated American authors Mark Twain and Jack London are both said to have attempted to surf on the beaches of Waikiki. The latter even wrote an essay on surfing (‘A Royal Sport’), which was published in 1907.

In the years that followed, surfing was brought to the beaches of California by pioneers of the sport, such as George Freeth, who has since been immortalised as the ‘father of modern surfing.’

It wasn’t long before surfing spread from California to the east coast of America. And by 1915, it had made its debut on the sandy beaches of Sydney, Australia.

Today, surfers can be found on virtually any stretch of beach that has waves, from South Africa and the United Arab Emirates to Indonesia, Taiwan and Sri Lanka; proof of the sport’s universal and timeless appeal.